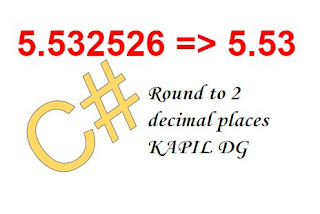 The main concern arises when we need to show such values on front end platforms to the end customers. They might not be interested in so much digits after decimal. So today we will learn various ways in which we can convert / round such number to two decimal places.
Things that also matter here is how are you receiving it at your end.
If you are receiving it as string you can do it as follows.
string decimalNumber = "15.45000000";
string newDecimal= Math.Round(Convert.ToDecimal(decimalNumber, 2).ToString(CultureInfo.InvariantCulture);
// Output of newDecimal 15.45
So in the process above we are actually converting string to decimal and then we are rounding it off to two decimal places.

Now Suppose rounding of this string is not a big concern. Your main concern is just to represent it in the form of string with two decimal places then there is another technique you can use so
string decimalNumber = "15.45000000";
string newDecimal=decimalNumber.ToString("#.##");
//Output here also will be similar 15.45
The only concern is if number is 0 then output will be "" means an Empty string.
You can resolve this by using this trick
string newDecimal=decimalNumber.ToString("0.##");
So using this trick you can very well change the presentation of the numeric string but here rouding off is not happening as it was happening in the first method.

For this you can also use
string newDecimal=decimalNumber.ToString("F");

Now I will tell you techniques where you already have a decimal number. The only thing you need is to round off to two decimal places.
for example decimal x = 45.66300005;
decimal newDecimal = Math.Round(x,2, MidpointRounding.AwayFromZero);
//Output 45.66

So there are lot of ways and technique that you can use to reach your requirement. I am sure one of this definitely benefit you. Tell me in comments which one did you use. You can also left your appreciations in comment section :)

Other important links to explore

Popular posts from this blog

Indore is actually the cleanest city of India 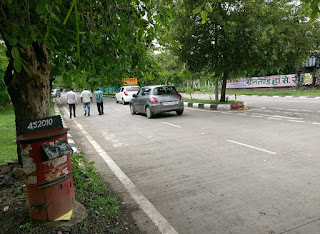 First of all, I welcome you on my blog. This is my first post. So I thank you for your time. Recently I had a chance to visit Indore which is located in heart state of India Madhya Pradesh. I was very excited because I was visiting Indore for a great cause. I was invited by Google for a Google Search Conference which was held in Indore Marriott. I reached Indore one day before the conference so that I can explore Indore. So I had heard a lot about cleanliness of Indore after the Clean India Campaign started. Indore came first in Clean India Survey conducted by Government of India. So I thought I will actually like to verify it today whether Indore is really that clean. On my way when I entered Indore roads were really very clean. That was the first instance where I realized that Indore is little different than other cities. Roads were very clean and lot of trees have been planted on roadsides. And it does not end here. I reached my hotel in Vijay Nagar around 10 AM. After ge
Read more

Do you know how many toilets have been built in Swachh Bharat Mission? 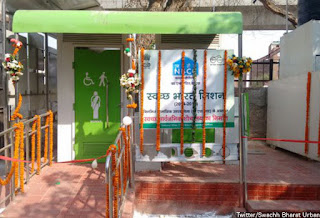 Swachh Bharat Mission started on October 02, 2014. So recently I filed an RTI application to Ministry of Housing and Urban Affairs to know what is going on in area of decreasing open defecation. I tried to know the effectiveness of Swachh Bharat Mission from its beginning till now. So basically they sent me all the details related to Swachh Bharat Mission Urban which are quite satisfying. All the details are as of on 02 July 2018. Total number of Individual House Hold toilet(IHHT): 4928432 nos. Total number of Community and Public Toilet (CT/PT): 350650 nos. I also asked then the cost which the central government invested in constructing these toilets per year since 2014. Its details are as below: All amount is in INR Crore You will find maximum amount of these five years was spent in session 2016-17 i.e. 699.1117+157.6001 =  856.7118 Crore Rupees. In these five years till now government has spent in total around INR 2300.3828 Crore in IHHT and INR 512.4226 o
Read more

When you actually meet your Achchhe Din 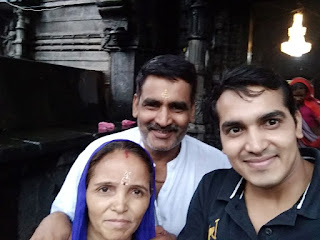 Recently my parents visited my city Pune and we went for a holy trip to Shirdi, Shani Shingnapur, Nashik,Triambakeshwar and Mumbai. I will tell you about the instances where I felt that these days were actually my Achchhe Din. So my parents landed at Pune airport at around 0430 hours early in the morning. I booked an OLA cab for them as they themselves asked me not to come for pickup. So now-a-days these cab services have been given a pick-up zone at the airport so to get pickup people need to go to these points like Ola have Ola pickup zone. So asking my parents to search for such zone was not a good idea in early morning in their first time visit. So I booked this cab and called the driver. I asked him that you should pick my parents from arrivals gate. Firstly he hesitated but then I requested him and he accepted. In 15 minutes my parents were at my door. So this was the beginning. So sometimes these cab services actually do us a favor. My parents enjoyed the day in Pune. Then in
Read more

How to take advantage of these Corona days? 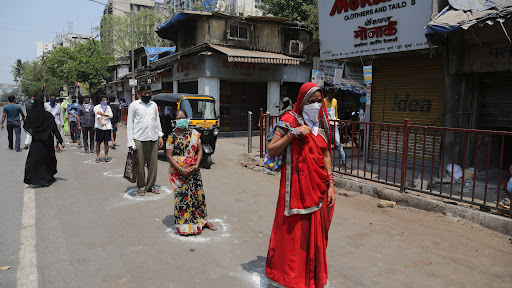 How to take advantage of these tough times under Corona National Lock-down? Its so scary these days that every time when i see news, I just hear Corona virus, deaths, fear, precautions, prevention, panic, covid-19, lock-down, etc multiple times. When i write this, I really mean it. You will definitely hear some of these words even if you switch on your TV anytime even just for five minutes. The world is moving through a tough phase. Even the globally known well developed nations like USA, Italy and France are badly affected. I see thousands of people getting died every 24 hours. Its not just a loss of lives but economy is going to be definitely to its bottom levels. People queue up for getting supplies following social distancing norms under Covid-19 lockdown Image Credit: WKRG.com Now the thing is how to handle this situation and take advantage of these Corona days. I work in IT Sector. So at least whole IT sector globally and almost all digitally powered industries and i
Read more